Viktor Rozov’s play “Good Luck!” which was written more than half a century ago is brought back to the stage by the young director Ivan Strelkin from Saint Petersburg. For him, the “thaw” in the end of the 50s and the beginning of 60s is part of the historical past which seems distant enough to be applied at the age of 25 as an artistic method rather than a realistic retrospective.

“For me, the era of the play is more of a trigger for my flight of fancy, a shell which surrounds contemporary thoughts. No one thinks of the historical realities while directing Shakespeare (and as we know, neither did Shakespeare himself, writing about eras which he did not know anything about) but that does not stop “king” Lear walking on the stage and so on. Soviet drama is for me merely a sign system, a certain theatrical reality under the cover of which we tell the stories we know,” says Strelkin, an alumnus of the Saint Petersburg State Theatre Arts Academy (2010), lecturer of the drama department of Saint Petersburg State University and the international theatre centre “Legkije Ljudi” and an actor in the Masterskaja theatre who has staged interesting plays in different Russian towns. “Some of the scenes in the play reflect the style of the 60s – the costumes, music, etc. However, whether I want it or not, I look at this era as an outsider and consider it as objectively as possible. For me, it denotes a world where they talk about things which matter to me.”

The production revolves around students and teachers, student’s resistance to teachers and its consequences. A student is always defenceless because he has no one else but the teacher’s words and vague ideas which he has not tried out in practice to rely on. Despite that, teachers are people too who err and can turn out to be benighted. When children grow up, they want to walk their own paths and it seems to them that they will not get anywhere following the advice of the teachers…

THE JOURNEY FROM THE DRAFT TO THE PREMIERE

Ivan Strelkin’s draft of “Good luck!” was first introduced to the public as a part of “Workshop at Begovaja” no 7 hosted by Marat Gatsalov which was held in the Centre of Dramaturgy and Directing in September, 2012 and supported by the Moscow Department of Culture and the Ministry of Culture of the Russian Federation. The expert committee of the workshop which was dedicated to the works of Victor Rozonov advised the author to develop the draft into a production and the director of the laboratory and the artistic director of the Russian Drama Theatre of Estonia, Marat Gatsalov proposed that the premiere could take place in Tallinn.

The premiere was held in the Chamber Hall of the Russian Drama Theatre of Estonia on April 19, 2013. 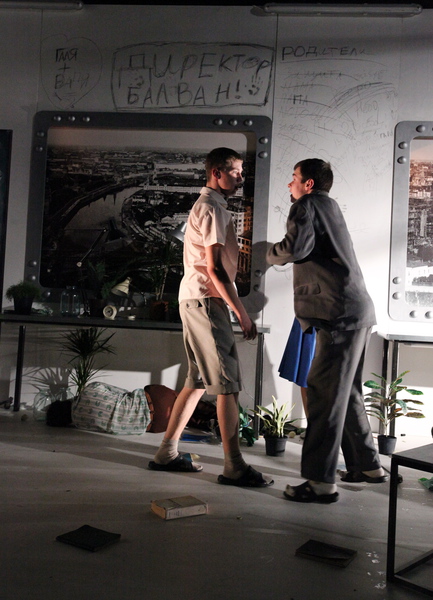 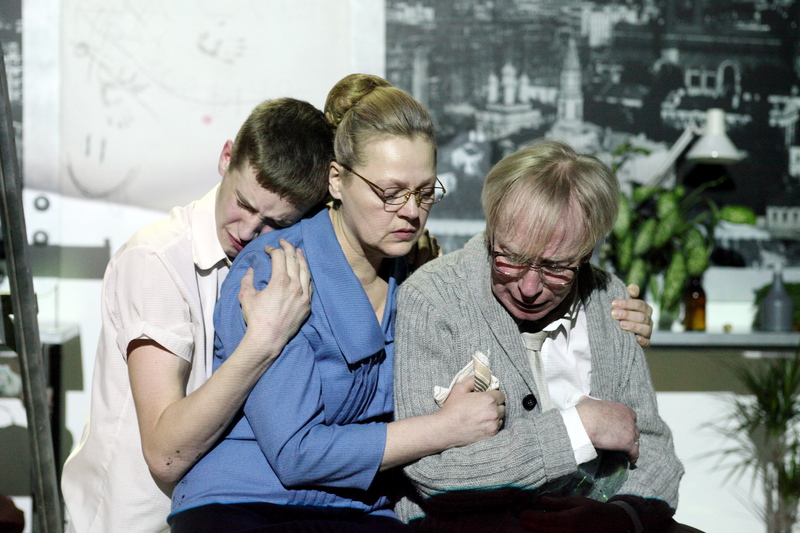